WHO BETTER TO FACE THE GREATEST EVIL OF THE 20TH CENTURY THAN A HUMBLE MAN OF FAITH?

As Adolf Hitler and the Nazis seduced a nation, bullied a continent, and attempted to exterminate the Jews of Europe, a small number of dissidents and saboteurs worked to dismantle the Third Reich from the inside. One of these was Dietrich Bonhoeffer—a pastor and author. In this New York Times best-selling biography, Eric Metaxas takes both strands of Bonhoeffer’s life—the theologian and the spy—and draws them together to tell a searing story of incredible moral courage in the face of monstrous evil. Metaxas presents the fullest accounting of Bonhoeffer’s heart-wrenching decision to leave the safe haven of America to return to Hitler’s Germany, and sheds new light on Bonhoeffer’s involvement in the famous Valkyrie plot and in “Operation 7,” the effort to smuggle Jews into neutral Switzerland.

"Bonhoeffer is the story of a life framed by a passion for truth and a commitment to justice on behalf of those who face implacable evil.  Includes Readers’ Guide  “[A] beautifully constructed biography.”

About The Author: Eric Metaxas is the author of the New York Times bestseller Amazing Grace, Everything You Always Wanted to Know About God (But Were Afraid to Ask), Everything Else You Always Wanted to Know About God, and thirty children’s books. He is founder and host of Socrates in the City in New York City, where he lives with his wife and daughter. His writing has appeared in the New York Times, the Atlantic, Washington Post, Books & Culture, Christianity Today, Marks Hill Review, and First Things. He has written for VeggieTales and Rabbit Ears Productions, earning three Grammy nominations for Best Children’s Recording. Miracles In The ER Shadow Of The Almighty Jesus Freaks: Martyrs: Stories of Those Who Stood 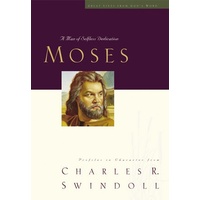