An Introduction to the New Testament (2nd Edition)

An Introduction to the New Testament (2nd Edition)

An updated and expanded edition of a standard textbook on the New Testament for first- and second-year seminary students.

An Introduction to the New Testament focuses on "special introduction" that is historical questions dealing with authorship, date, sources, purpose, destination, and so forth. This approach stands in contrast to recent texts that concentrate more on literary form, rhetorical criticism, and historical parallels—topics the authors don’t minimize, but instead think are better given extended treatment in exegesis courses. By refocusing on the essentials, An Introduction to the New Testament ensures that the New Testament books will be accurately understood within historical settings. For each New Testament document, the authors also provide a substantial summary of that book’s content, discuss the book’s theological contribution to the overall canon, and give an account of current studies on that book, including recent literary and social-science approaches to interpretation. This second edition reflects significant revision and expansion from the original, making this highly acclaimed text even more valuable. • A new chapter provides a historical survey examining Bible study method through the ages. • The chapter on Paul has been expanded to include an analysis of debates on the “new perspective.” • The discussion of New Testament epistles has been expanded to form a new chapter. This new edition will help a new generation of students better grasp the message of the New Testament.

'...highly recommended. With its very careful, keenly nuanced, and extensively researched discussions, it may well be considered special in a way not originally intended by its authors. It deserves to be read not just by students but by all scholars of the New Testament.' A More Sure Word 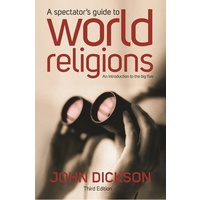 A Quick Look at Christian History 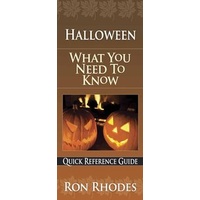 Halloween - What You Need To Know (Quick Reference 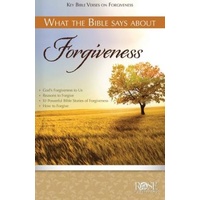 What The Bible Says About Forgiveness (Rose Guide The World Of The Bible