Blessing Or Curse: You Can Choose (3rd Edition) (With Study Guide Included)

Blessing Or Curse: You Can Choose (3rd Edition) (With Study Guide Included)

Description: Are you continually frustrated by sickness, financial pressure, strained relationships or other struggles that just won't go away? In Blessing or Curse, Derek Prince draws on real-life experiences of people who were astonished to discover that they were not the victims of blind chance or heredity, but a generational curse. Learn that a curse is not a superstition from the Dark Ages - but a very real force from which you can find freedom.

Derek Prince was born in India of British parents in 1915. He was educated at Eton College and Cambridge University, England, where he held a Fellowship in Ancient and Modern Philosophy at King's College. While serving with the British army in World War II, he began to study the Bible and experienced a life-changing encounter with Jesus Christ. He then devoted his life to studying and teaching the Bible.
Derek Prince taught and ministered on six continents for over seven decades, imparting God's revealed truth, praying for the sick and afflicted, and sharing his prophetic insights into world events in the light of Scripture. His daily radio broadcast Derek Prince Legacy Radio (formerly Keys to Successful Living), reaches more than half the world. He was the author of over 80 books, over 600 audio teachings, and over 100 video teachings, many of which have been translated and published in other languages. Derek Prince died in 2003 in Jerusalem. 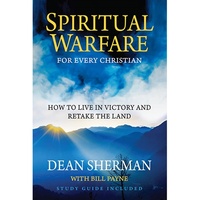 Spiritual Warfare For Every Christian 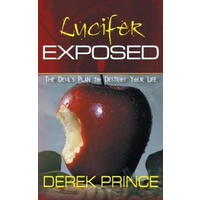 Spiritual Warfare - How To Disarm The Enemy And Ad 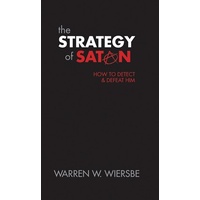 The Strategy of Satan THE ADVERSARY: THE CHRISTIAN VERSUS DEMON ACTIVITY