Description: On Brand New, Matthew West's writing abilities are on full display with songs like debut radio single "The God Who Stays," which discusses God's faithfulness to us even in times when the rest of the world walks away, and single "What If," which cleverly reminds us to make the most of the life we have. Each song on the album will impact listeners and take them on an emotional journey through the stories he tells.

Songwriters are known to be an introspective breed whose personal experiences shape their music, and over the years Matthew West has definitely plumbed the depths of his soul for sweet inspiration."I know how to write songs about my life, my experiences and my journey, my faith and my love," West says.

First starting out as an independent musician in the late 1990s, he released three independent albums before signing onto Universal South Records. With the release of his Dove Award-winning debut album Happy (2003) came the success of his first radio single "More" which stayed at number one on Christian AC charts for nine weeks and received two Dove Award nominations. His second record History (2005) was followed by a 2006 re-release of the originally independent album Sellout. In 2007 he faced vocal issues which threatened his career and two months of prescribed vocal rest. West's third studio album Something to Say (2008).

Matthew's new material documents his journey of drawing inspiration from true stories of people's lives, encouraging us to embrace the hope and restoration in Christ, in the middle of life s toughest challenges.

In addition to his main solo career, West has worked as a songwriter for many Christian musicians and groups such as Point of Grace, Mandisa and Natalie Grant as well as mainstream country acts Rascal Flatts and Billy Ray Cyrus. 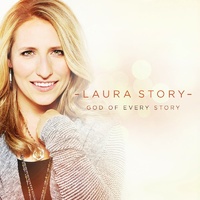