Adventures In Odyssey The Imagination Station # 14

British warships battle with American privateers in this high sea adventure. Cousins Patrick and Beth have landed on the Royal Louis in the middle of the Revolutionary War. Cannonballs fly and swords slash. They’re captured! Now they face even more dangers. Will their new friend James Forten be sold by the British into the West Indies slave trade? Or will they all be sentenced to the overcrowded prison ship floating near shore where scores of prisoners die from filth and disease? Patrick and Beth help plan a daring escape as they witness firsthand the deeds of brave heroes who fought to make America the land of the free.

About The Author: Marianne Hering was motivated to write the Imagination Station series books because her twin boys craved facts, adventure, and fun in their reading and there weren't very many Christian books written for early elementary children. As former editor of Focus on the Family's Clubhouse magazine, she had learned a few things about entertaining children. She has authored or coauthored more than fifty children's books. She is currently a freelance writer in Colorado Springs, where she babysits two cats, a dog, and tries not to eat too much chocolate

Nancy I Sanders: Nancy and Jeff Sanders make their home in southern California. They have two adult sons, Danny and Ben. Their cats Sandman and Pitterpat add lots of hilarious moments to their family.

Nancy grew up the youngest of seven children on a dairy farm in Everett, Pennsylvania. She helped milk the cows, bale the hay, drive the tractor, and pick giant weeds out of their humongous garden.

After moving to California when she was 20, Nancy and Jeff met and were married. As a stay-at-home mom for more than 20 years, Nancy found true enjoyment in taking pen to paper and learning the craft of writing.

Much of Nancy’s time is spent writing books and working on various manuscript projects. Her favorite topics to write about are God, Bible stories, educational subjects, and African American history.

Some of Nancy’s favorite hobbies include taking walks, sewing patchwork quilts, gardening, and capturing the beauty of God’s wonderful creation on film. She enjoys watching birds and butterflies, and has fun taking photos of hummingbirds that visit the flowers just outside their kitchen window. Young Whit and the Traitor's Treasure (#01 in Youn 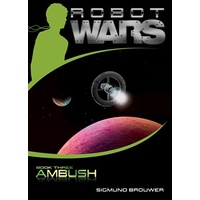