Firefighter Caleb Holt lives to rescue people from flames. But when his marriage is in danger of collapse, how far will he go to save it? Based on the beloved film Fireproof and the inspiration for The Love Dare, this New York Times bestseller reminds us that God will choose to save us every time.

Growing up, Caleb Holt’s wife, Catherine, always dreamed of marrying a loving, brave firefighter . . . just like her father. Now, after seven years of marriage, she wonders when she stopped being “good enough” for Caleb. Countless arguments and anger have them wanting to move on to something new, something easier, something with more sparks.

As Caleb and Catherine face inevitable divorce, Caleb’s father challenges Caleb to commit to a 40-day experiment: “The Love Dare.” Wondering if his failing marriage is even worth the effort, Caleb reluctantly agrees, not realizing how these forty days will change his world forever.

Surprised by what he discovers about the meaning of love, Caleb begins to see his wife and marriage as worth fighting for. But is it too late? His job is to rescue others. Now Captain Holt must face his toughest job ever . . . rescuing his wife's heart.

About The Author: Alex Kendrick is associate media pastor at Sherwood Baptist Church in Albany, Georgia, and coauthor of "The Love Dare". He helped establish Sherwood Pictures in 2003 and has directed and co-written each of its films: Flywheel, Facing the Giants, and Fireproof, playing the lead male role in those first two productions. Alex has appeared on ABC, CNN, FOX News, American Family Radio, The Glenn Beck Show, Janet Parshall's America, and many other national programs to discuss his award-winning work and ministry. He lives in Albany with his wife and five children. Shelter of the Most High 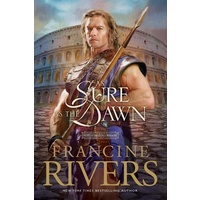