Rather Than Wait for a Hero, She Decided to Create One

Betsy Huckabee has big-city dreams, but nobody outside of tiny Pine Gap, Missouri, seems interested in the articles she writes for her uncle's newspaper. Her hopes for independence may be crushed, until the best idea she's ever had comes riding into town.

Deputy Joel Puckett didn't want to leave Texas, but unfair circumstances have made moving to Pine Gap his only shot at keeping a badge. Worse, this small town has big problems, and masked marauders have become too comfortable taking justice into their own hands. He needs to make clear that he's the law in this town--and that job is made more difficult with a nosy reporter who seems to follow him everywhere he goes.

The hero Betsy creates to be the star in a serial for the ladies' pages is based on the dashing deputy, but he's definitely fictional. And since the pieces run only in newspapers far away, no one will ever know. But the more time she spends with Deputy Puckett, the more she appreciates the real hero--and the more she realizes what her ambition could cost him.

"Jennings' latest is a delightfully entertaining historical romance featuring charismatic humor, unpredictable thrills, and vigilante justice. The plot is tense and exciting, and the novel sparkles with the wit and charm of its spirited heroine. It is more romantic and less stuffy than your average inspirational, and Jennings uses classic western touches like six-shooters, spurs, and white Stetsons to land readers squarely in the Ozark Mountains of 1885." --Booklist

"This is such a delightful read with an adorable romance and a fun and entertaining storyline. . . . The interactions and dialogue between the main characters are sheer perfection. The mystery and drama with the hero's backstory and the masked marauders keep the momentum of the story going at a nice pace and allows for no dull moments. There is so much to love here in this little gem, it is easily one of Jennings' best."--RT Book Reviews

"With her usual touches of humor, Jennings brings the post-Civil War Ozarks to life. In a dangerous land, Betsey and Joel learn real heroes are better than the ones we make up."--Christian Market

"Jennings's lighthearted tone, likable characters, and feel-good narrative with a touch of drama makes for another swoon-worthy historical romance set in the American West. Readers who appreciate Jen Turano won't be disappointed."--Library Journal.

About The Author: Regina Jennings is a graduate of Oklahoma Baptist University with a degree in English and a minor in history. She's the winner of the National Readers' Choice Award, a two-time Golden Quill finalist and a finalist for the Oklahoma Book of the Year Award. Regina has worked at the Mustang News and at First Baptist Church of Mustang, along with time at the Oklahoma National Stockyards and various livestock shows. She lives outside of Oklahoma City with her husband and four children and can be found online at www.reginajennings.com. The Land Beneath Us The Mercy (#03 in The Rose Trilogy Series) 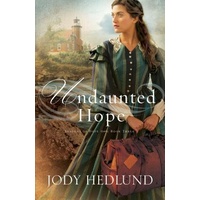