How To Put Your Faith Into Action

God Just Tell Me What To Do:  How To Put Your Faith Into Action

The epistle of James is unusual in tone and content among the New Testament letters, containing many moral precepts and challenging readers to seek godly wisdom on such topics as

The wisdom of this letter speaks to us across the ages as every issue James addresses is as urgent and timely today as when he first wrote it. For the person who wants to be wise, time spent soaking up the wisdom of James, the half-brother of Jesus, is time wisely spent.

About The Author: Dr. Michael Youssef is the founding pastor of The Church of The Apostles in Atlanta. (www.apostles.org) Dr. Youssef was born in Egypt into the ancient Coptic community, and he lived in Lebanon and Australia before coming to the U.S in 1984, becoming an American citizen. He holds degrees from MooreCollege in Sydney, Australia, and from Fuller in California, as well as a Ph.D. in social anthropology from EmoryUniversity. Dr. Youssef hosts and speaks on the internationally broadcast program "Leading The Way with Dr. Michael Youssef "which airs in more than 200 countries on radio and television. How To Be Born Again The Case For Christmas

The Utter Relief of Holiness Confrontation - Challenging Others To Change 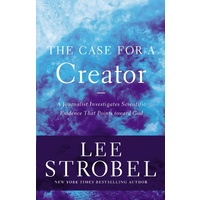 When Pleasing Others is Hurting You: Finding God's