The inspiring story of one man's love for God and his unflinching commitment to present the Gospel of Christ to the Chinese.

Previously published under the title To China With Love, this book recounts the thrilling story of Hudson Taylor and the eventual formation of the China Inland Mission.

Hudson Taylor left England on September 19, 1853, and did not reach China until spring of the following year. The long and arduous voyage, persecution, poverty, and the difficulties of culture and language did not deter Taylor from the divine task of his calling. Few men have been such an instrument in God's hands for proclaiming the gospel to a vast population and bringing so many Christian churches into being.

The autobiography of a man whose influence in China is still felt today.

About The Author: J. Hudson Taylor (1832-1905) was a pioneer missionary to China whose life exemplified the blessedness of union with Christ. He is credited with translating the New Testament into a Chinese dialect and founding the China Inland Mission.

His unflinching commitment to present the Gospel to the Chinese allowed him endure the long and arduous voyage, constant persecution, poverty, and almost insurmountable differences in culture and language. His writings stand as a challenge and inspiration to today's Christians from one man who allowed himself to become God's instrument. 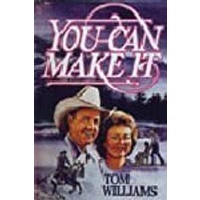