Description: "Our era is one of theological and moral confusion, even of apostasy. And the apostle summons us, as he summoned Timothy, to be strong, brave and steadfast." In this way John Stott summarizes the message of Paul's second letter to Timothy, a letter about leadership and responsibility. The inductive studies in this guide speak to all who would stand for Christ in a world of slippery, relative truth. Our call is to bring the only real, solid Word of grace and truth to a world without hope.

John Stott is one of the world's leading and most loved Bible teachers and preachers. In this guide you can explore Scripture under his guidance, enhancing your own in-depth study with insights gained from his years of immersion in God's Word.

About The Author: John R. W. Stott (1921–2011) has been known worldwide as a preacher, evangelist, and communicator of Scripture. For many years he served as rector of All Souls Church in London, where he carried out an effective urban pastoral ministry. A leader among evangelicals in Britain and the United States and around the world, Stott was a principal framer of the landmark Lausanne Covenant (1974). 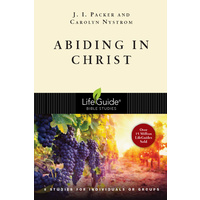 The Remarkable Journey Of Jonah