Just in Case You Ever Wonder

Just in Case You Ever Wonder

Description: "Long, long ago God made a decision-a very important decision. One that I'm really glad He made. He made the decision to make you ..." The opening lines of Max Lucado's classic book, Just in Case You Ever Wonder, have made their way into hearts and story times around the world. This award-winning book about the love between a parent and child has sold 1.7 million copies, touching lives for more than 25 years. Now Lucado's heartfelt assurances of a parent's love are paired with Eve Tharlet's breathtaking artwork to impact a whole new generation. Written especially for children ages 3-7, Just in Case You Ever Wonder is inspiring for all of us, as it reminds us of Jesus's unconditional love no matter what: "Remember I'm here for you. On dark nights when you hear noises in your closet, call me. On hard days when kids are mean and don't treat you like they should, come to me." This book assures children of God's love throughout all their experiences, such as fear of the dark, being bullied, and even assurance that their parent was with them when they were first born and will be with them in heaven. Whether you have treasured this classic book for years or are reading it for the first time with your little ones, this timeless reminder of the love between a parent and a child-and ultimately, between God the Father and us-will come to hold a special place in your heart and home. Children long to hear they're special and loved. Just in Case You Ever Wonder assures them that as they grow and change, in both good and bad times, you-and their heavenly Father-will always be on their side ... just in case they ever wonder. This book assures children of God's love through their experiences such as fear of dark, being bullied, even assurance that the parent was there when they were first born and will be there with them even in heaven.

About The Author: Max Lucado loves words - written, spoken - it does not matter. He loves to craft sentences that are memorable, inspiring and hopefully life-changing. In almost 25 years of writing, more than 65 million books filled with his words have been sold. Max is the only author to have won three Christian Book of the Year awards - in 1999 for Just Like Jesus, in 1997 for In the Grip of Grace, and in 1995 for When God Whispers Your Name. In 2005, Reader's Digest magazine dubbed him 'America's Best Preacher' and in 2004, Christianity Today magazine called him 'America's Pastor.' The product line for 3:16 - The Numbers of Hope sold more than four million units worldwide, including one million units of the book of the same title (released in September 2007), making it the fastest selling Lucado product in his career. His works have appeared on every major national bestseller list including Publishers Weekly, USA Today, The New York Times, Evangelical Christian Publishers Association, and Christian Booksellers Association. He has been featured in countless media outlets and national broadcasts. Max's writings have been published in a wide array of formats including adult books, gift books, children's titles, Bibles, commentaries, calendars and devotionals. He is also the author/creator of Max Lucado's Hermie and Friends brand family, one of the most popular animated DVD series in the marketplace, with more than 5 million units sold to date. His words have also inspired a branded line of greeting cards and gift books for Hallmark/Dayspring that has sold more than 15 million copies since its 2001 debut. Max Lucado is a Minister of Preaching at Oak Hills Church in San Antonio, where he has served since 1988. He has been married to Denalyn Preston Lucado since 1981, and they have three grown daughters - Jenna, Andrea and Sara and one son-in-law, Brett. Birth Place: San Angelo, Texas Graduate: Andrews High School, Andrews, Texas Advanced Degrees: BA Mass Communications, Abilene Christian University, Abilene, Texas MA: Biblical and Related Studies, Abilene Christian University, Abilene, Texas Positions Held: Associate Minister, Central Church of Christ, Miami, Florida Church Planning Missionary, Rio de Janeiro, Brazil Currently serving as a Preaching Minister, Oak Hills Church, San Antonio, Texas Teaching Ministry of Max Lucado In 1991, Max Lucado was presented the idea of developing a radio broadcast that focused solely on Jesus Christ. As a result, the vision for UpWords Ministries was born. Since that time, 'UpWords, with Max Lucado' has changed from a 15 minute, daily feature to an inspirational one minute message. Today, UpWords is heard in over fourteen hundred radio markets around the world. Along with the inspirational radio program, UpWords provides a comprehensive library of full-length CDs as well as many downloadable audio files of Max's weekly sermons delivered to his home church in San Antonio, Texas. UpWords exists for the sole purpose of encouraging others to take one step closer to Jesus Christ. The staff of UpWords is prayerfully dedicated to this purpose and is constantly humbled to see God's hand at work. - maxlucado.com 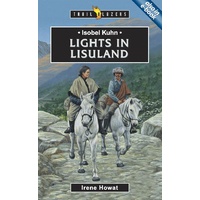 Problems in Plymouth (#06 in Adventures In Odyssey Battle For Cannibal Island (#08 in Adventures In O Who Was Jonah? (Kingdom Files Series) Escape to the Hiding Place (#09 in Adventures In O The One Year Fun & Active Devotions for Kids