Description: Hate mail was one thing. This was quite another.

Radio talk show host Eve Reilly is used to backlash from her pot-stirring on-air commentary and interviews. But now it seems a disgruntled listener is resorting to more than angry words to express their displeasure. When a suspicious package arrives on her doorstep, Eve turns to law enforcement for help.

Police detective Brent Lange can't find any evidence to link the string of unsettling incidents that follows, but he's convinced they're connected. As the harassment grows more menacing, it becomes clear someone wants Eve's voice silenced--permanently.

But unless he can track down her elusive foe, the gutsy woman who is willing to take risks for what she believes--and who is swiftly winning his heart--may not survive.

About The Author: Irene Hannon is the bestselling author of more than fifty novels, including Hope Harbor, Sea Rose Lane, Sandpiper Cove, Pelican Point, Driftwood Bay, and Starfish Pier, as well as Point of Danger and the Code of Honor, Private Justice, and Men of Valor suspense series. Her books have been honored with three coveted RITA Awards from Romance Writers of America, and she is a member of that organization's elite Hall of Fame. Her many other awards include National Readers' Choice, Daphne du Maurier, Retailers' Choice, Booksellers' Best, Carol, and Reviewers' Choice from RT Book Reviews magazine, which also honored her with a Career Achievement Award for her entire body of work. In addition, she is a two-time Christy Award finalist. Learn more at www.irenehannon.com. 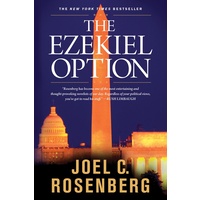 A Killer Among Us (#03 in Women Of Justice Series)