Six men are dedicated to proclaiming God’s Word—and six women wonder if they’re cut out to support that calling.  Being a helpmate to a pastor is no easy task. They must step out in a special kind of faith and love to become preachers’ brides. . . .   Remember Me by Kimberley Comeaux North suffers an injury, loses his memory, and believes he is a Scottish pastor. Helen hopes he just might fall in love with her, if he isn’t bound by his social standings as a duke.   Shirley, Goodness, and Mercy by Kristy Dykes Shirley feels like she’s never known anything of life beyond her little country church. She wants more out life. Then she meets Forrest Townsend, the new parson—who just might change her mind.   In Miss Bliss and the Bear by Darlene Franklin Annie knits hats and mittens for soldiers. But chaplain Jeremiah Arnold isn’t sure he wants a woman hanging around the fort—even one as beautiful and well meaning as Miss Bliss. . . .   A Bride for the Preacher by Sally Laity It’s Emma’s dream to doctor the needy, and she hopes there might be a place for her in new territory out west. She isn’t interested in marriage—until she nurses a certain preacher’s fever.   Renegade Husband by DiAnn Mills Audra moves to frontier Colorado to marry the local pastor and is assured a life of adventure. She never realizes how much adventure until her stagecoach is robbed and her future husband seems to be the culprit. . . .   Silence of the Sage by Colleen L. Reece Ever dutiful and just, Reverend Gideon Scott takes a bride in name only. But soon the reverend abandons both family and church in search of truth that will clear his tarnished name.

Award-winning author and speaker Darlene Franklin recently returned to cowboy country--Oklahoma. The move was prompted by her desire to be close to her son's family; her daughter Jolene has preceded her into glory. ýDarlene loves music, needlework, reading and reality TV. Talia, a Lynx point Siamese cat, proudly claims Darlene as her person. ýDarlene has published several titles with Barbour Publishing.

Sally Laity makes her home in Bakersfield, California, with her husband and enjoys being a grandma.

KIMBERLY COMEAUX writes from Cajun country in Louisiana, where she lives with her husband, Brian, teenage son Tyler, and their two dogs. Despite serving as her church's choir director, web designer, and women's ministries leader, writing inspirational romances remains her first love. A

Kristy Dykes and her husband live in Jacksonville, Florida, and often travel to hold marriage seminars on "loving your mate." Pamela Griffin lives in Texas and divides her time between family, church activities, and writing.

Award-winning author, DiAnn Mills, has over forty-nine books in print and has sold more than a million and a half copies. She is a finalist for the 2008 Christy Award for her novel, Lightning and Lace. Six of her anthologies have appeared on the CBA Best Seller List. Five of her books have won placements through ACFW's Book of the Year Awards 2003-2007. She is the recipient of the Inspirational Reader's Choice Award for 2005 and 2007. DiAnn and her husband have four adult sons and lives in Houston, Texas. 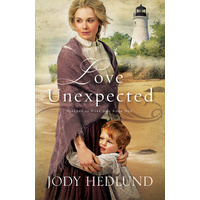 Winning the Gentleman (#02 in Hearts On The Heath