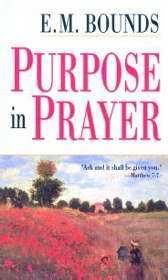 The prayer of faith is the only power in the universe that can change the purposes of God and bring victory to the Christian life. E. M. Bounds encourages every believer to open a "vista of infinite resource and possibility" by living a life of purposeful prayer. This book is your passport to answered prayer and a changed life.

About The Author: Edward McKendree Bounds (1835-1913) was born on August 15, 1835, in a small northeastern Missouri town. He attended a one-room school in Shelbyville, where his father served as a county clerk, and he was admitted to the bar shortly before he reached the age of nineteen. An avid reader of the Scriptures and an ardent admirer of John Wesley's sermons, Bounds practiced law until the age of twenty-four, when he suddenly felt called to preach the Gospel.

His first pastorate was in the nearby town of Monticello, Missouri. Yet, in 1861, while he was pastor of a Methodist Episcopal church in Brunswick, the Civil War began, and Bounds was arrested by Union troops and charged for sympathizing with the Confederacy. He was made a prisoner of war and was held for a year and a half before being transferred to Memphis, Tennessee, and finally securing his release.

Armed only with an unquenchable desire to serve God, Bounds traveled nearly one hundred miles on foot to join General Pierce's command in Mississippi. Soon afterward he was made chaplain to the Confederate troops in Missouri. After the defeat of General John Hood's troops at Nashville, Tennessee, Bounds was again among those who were captured and held until swearing loyalty to the United States.

After the war, Bounds pastored churches in Nashville, Tennessee; Selma, Alabama; and St. Louis, Missouri. It was in Selma that he met Emma Barnett, whom he later married in 1876, and with whom he had three children, one of whom died at the age of six. After Emma's death, in 1887, bounds married Emma's cousin, Harriet Barnett, who survived him. The family included their five children, as well as two daughters from his first marriage.

While he was in St. Louis, Bounds accepted a position as associate editor for the regional Methodist journal, the

The final seventeen years of his life were spent with his family in Washington, Georgia, where both Emma and Harriet had grown up. Most of the time he spent reading, writing, and praying, but he often took an active part in revival ministry. Bounds was also in the habit of rising at four o'clock each morning in order to pray to God, for the great cares of the world were always upon his heart. He died on August 24, 1913, still relatively unknown to most of the Christian sphere.

Since the time of the apostles, no man besides Edward McKendree Bounds has left such a rich inheritance of research into the life of prayer. Prayer was as natural to him as breathing the air. He made prayer first and foremost in his life because he knew it as the strongest link between man and God. In the time of E.M. Bounds, human weakness, through prayer, could access the power of the overcoming Son of God, Jesus Christ. The same is true to this day. 15 Verses To Pray For Your Husband An Insiders Guide To Praying For the World A Dad's Guide To Praying For His Kids 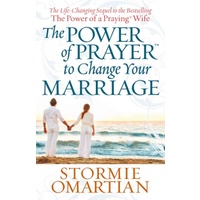 The Power Of Prayer To Change Your Marriage