A Mess Worth Making

Relationships: A Mess Worth Making

While skillfully identifying the deeper issues that keep relationships less than they are designed to be, Tim Lane and Paul Tripp show readers how to experience the other side of relationships as well. They convincingly testify of the power of God's presence to bring believers to the place where:

A book about relationships, written within the context of their own friendship, Tim and Paul's new offering is straightforward about the relational disappointments that we all suffer. But they are also optimistic about the power of grace to redeem and restore our relationships. Rather than presenting new or sophisticated techniques to make relationships flourish, the authors instead focus on the basic character qualities that can only be formed in the heart by the gospel. "We are called to be people of great character so that when we do come in contact with the world our character shapes and influences those around us. Even though relationships are messy, they are also what God uses to rescue us from ourselves," say Tim and Paul.

Paul David Tripp, M.Div., D.Min., is the President of Paul Tripp Ministries, a nonprofit organization whose mission is to connect the transforming power of Jesus Christ to everyday life. This mission leads Paul to weekly speaking engagements around the world. In addition, Paul is the Executive Director of the Center for Pastoral Life and Care in Fort Worth, Texas, as well as a best-selling author who has written numerous books on Christian living. He has been married for many years to Luella and they have four grown children.

Timothy S. Lane, M.Div., D.Min. has been a minister in the Presbyterian Church in America (PCA) since 1991 and is coauthor of How People Change and Relationships: A Mess Worth Making, as well as the Change and Your Relationships and How People Change curricula. He has written several minibooks including PTSD, Forgiving Others, Sex Before Marriage, Family Feuds, Conflict, and Freedom from Guilt. Tim is adjunct professor of practical theology at Westminster Theological Seminary in Philadelphia, Westminster Seminary California, and Redeemer Seminary in Dallas, Texas. 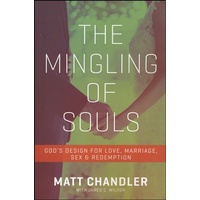 The Mingling Of Souls 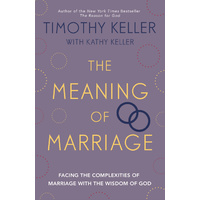 The Meaning Of Marriage Saving Your Marriage Before It Starts Workbook for Personality Plus For Couples Turn Around At Home 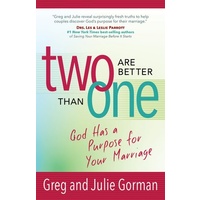 Two Are Better Than One The DNA of Relationships 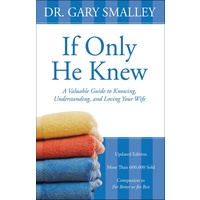 If Only He Knew