Streams in the Desert

Description: In a barren wilderness, L. B. Cowman long ago discovered a fountain that sustained her, and she shared it with the world, Streams in the Desert ® -- her collection of prayerful meditations, Christian writings, and God's written promises--has become one of the most dearly loved, best-selling devotionals of all time since its first publication in 1925. Filled with insight into the richness of God's provision and the purpose of His plan, this enduring classic has encouraged and inspired generations of Christians. I heard the flow of hidden springs; before me palms rose green and fair; The birds were singing; all the air was filled and stirred with angels' wings. Now James Reimann, editor of the highly acclaimed updated edition of My Utmost for His Highest by Oswald Chambers, again brings us the wisdom of the past in the language of today, by introducing this updated edition of Streams in the Desert. With fresh, contemporary wording and precise NIV text, the timeless message of the original flows unhindered through these pages, lending guidance and hope to a new generation of believers. We never know where God has hidden His streams. We see a large stone and have no idea that it covers the source of a spring. We see a rocky areas and never imagine that it is hiding a fountain. God leads me into hard and difficult places, and it is there I realize I am where eternal streams abide. Day by day, Streams in the Desert will lead you from life's dry desolate places to the waters of the River of Life -- and beyond, to their very Source.

About The Author: L. B. Cowman worked as a pioneer missionary with her husband in Japan and China from 1901 to 1917, during which time they helped found the Oriental Missionary Society. When Mr. Cowman's poor health forced the couple to return to the United States, Mrs. Cowman turned her attention to caring for her husband until his death six years later. Out of Mrs. Cowman's experiences and heartbreak came her first book, Streams in the Desert, followed by its companion Springs in the Valley. During the next twenty-five years, Mrs. Cowman inspired several nationwide Scripture distribution campaigns and wrote seven more books. Finally, on Easter Sunday in 1960, at the age of ninety, Mrs. Cowman met face-to-face the God she had served so faithfully for nearly a century. One Year Book of Family Devotions Peace in the Storms of Life: Devotional Encouragem Moments With You: Daily Connections For Couples

One Year Book of Family Devotions Leadership - Promises For Every Day 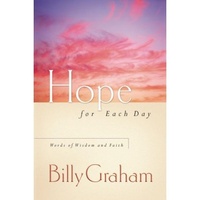 Hope For Each Day 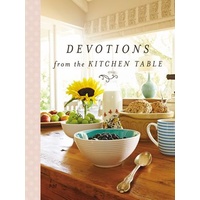 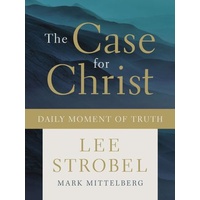 The Case For Christ Daily Moment of Truth