Adventures In Odyssey The Imagination Station # 15

Surprise At Yorktown - Adventures In Odyssey - The Imagination Station # 15

Travel two centuries back in time to the final battle of the American Revolution at Yorktown, Virginia. Cousins Patrick and Beth sneak through trenches and race across battlefields to warn General George Washington about a dangerous spy. The spy is stealing his secret plans and giving them to the British. Cannons roar and the ground shakes as the struggle reaches a climax. Washington’s ragtag soldiers are up against the most powerful army in the world. Will Patrick and Beth witness the American Revolution come to an end? Or will they be caught in a dangerous trap they can’t escape?

Nancy I. Sanders: Nancy and Jeff Sanders make their home in southern California. They have two adult sons, Danny and Ben. Their cats Sandman and Pitterpat add lots of hilarious moments to their family.

Nancy grew up the youngest of seven children on a dairy farm in Everett, Pennsylvania. She helped milk the cows, bale the hay, drive the tractor, and pick giant weeds out of their humongous garden.

After moving to California when she was 20, Nancy and Jeff met and were married. As a stay-at-home mom for more than 20 years, Nancy found true enjoyment in taking pen to paper and learning the craft of writing.

Much of Nancy’s time is spent writing books and working on various manuscript projects. Her favorite topics to write about are God, Bible stories, educational subjects, and African American history.

Some of Nancy’s favorite hobbies include taking walks, sewing patchwork quilts, gardening, and capturing the beauty of God’s wonderful creation on film. She enjoys watching birds and butterflies, and has fun taking photos of hummingbirds that visit the flowers just outside their kitchen window. Young Whit and the Shroud of Secrecy (#02 in Young A Summer Secret (#01 in Mysteries Of Middlefield S 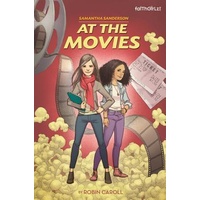 The School Fete Fiasco and Other Calamities (Spark