(#03 in The Women Of Lancaster County Series)

The Amish Bride (#03 in The Women Of Lancaster County Series)

Description: Bestselling authors Mindy Starns Clark and Leslie Gould offer readers The Amish Bride, Book 3 in the Women of Lancaster County series, which tells the stories of young Plain women as they explore their roots, connect with family, and discover true love.

Ella Bayer and Ezra Gundy are in love and hope to marry someday, but she is a young Mennonite woman while he is an Amish man. Though both Plain, one of them will have to forsake what they believe to embrace another way of life.

Hoping some distance will cool the relationship, Ezra’s family sends him to work at an Amish dairy farm in Indiana. But Ella disregards what her family wants and follows Ezra. In short order she finds a place to live, a job in a bakery, and an unexpected but budding friendship with a handsome Amish farmhand, Luke. When a family tragedy forces Ella back to Pennsylvania, she must face all she’s been running away from. And once she has made peace with those around her, she has an important decision to make: Whose Amish bride will she become—Ezra’s or Luke’s?

About The Authors: Mindy Starns Clark is the author of many books, which include the popular Smart Chick Mysteries, Whispers of the Bayou, Shadows of Lancaster County, and Under the Cajun Moon. In addition, Mindy’ s plays and musicals have been featured in schools and churches across the United States.

Leslie Gould, a former magazine editor, is the author of numerous novels, including Beyond the Blue and Garden of Dreams. She received her master of fine arts degree from Portland State University and lives in Oregon with her husband, Peter, and their four children. www.lesliegould.com 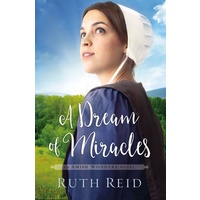 The Nature of a Lady (#01 in Secrets Of The Isles 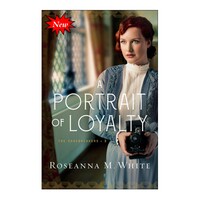