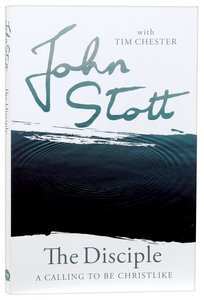 A Calling To Be Christlike

The Disciple - A Calling To Be Christlike

Description: If Christ is our Lord, then we are his servants, and if he is our teacher, then we are his pupils. Following Christ is a multi-faceted responsibility. We should remember: * Every true disciple is a listener * We are both rational and emotional * We can discern God's call and will Love is the first fruit of the Spirit, a core ingredient of discipleship.

John R. W. Stott (1921–2011) has been known worldwide as a preacher, evangelist, and communicator of Scripture. For many years he served as rector of All Souls Church in London, where he carried out an effective urban pastoral ministry. A leader among evangelicals in Britain and the United States and around the world, Stott was a principal framer of the landmark Lausanne Covenant (1974).

Whether in the West or in the Majority World, a hallmark of Stott's ministry has been expository preaching that addresses the hearts and minds of contemporary men and women. Stott was honored by Time magazine in 2005 as one of the "100 Most Influential People in the World" and was named in the Queen’s New Years Honours list as Commander of the Order of the British Empire. In 1969, Stott founded the Langham Trust to fund scholarships for young evangelical leaders from the Majority World. He then founded the Evangelical Literature Trust, which provided books for students, pastors, and theological libraries in the Majority World. These two trusts continued as independent charities until 2001, when they were joined as a single charity: the Langham Partnership. Langham's vision continues today to see churches in the Majority World equipped for mission and growing to maturity in Christ through nurturing national movements for biblical preaching, fostering the creation and distribution of evangelical literature, and enhancing evangelical theological education.

Tim Chester is a pastor of Grace Church in Boroughbridge, North Yorkshire, England, and a faculty member with the Acts 29 Oak Hill Academy. He was previously research and policy director for Tearfund and tutor in missiology at Cliff College. Tim is the author of over thirty books, including The Message of Prayer, Closing the Window, Good News to the Poor, and A Meal with Jesus. The Complete Book of Discipleship 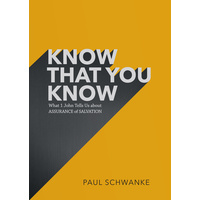 Know That You Know Mere Discipleship: On Growing in Wisdom and Hope