In The Leader's Greatest Return, Maxwell shares the most important lessons he's learned about the leadership development process over the last quarter century, from identifying high-potential leaders to coaching leaders to develop others.

What is the greatest return on a leader's time After leaders have invested in their own leadership growth, what is the best way to accomplish their vision and grow their organizations Develop leaders! The more leaders an organization has and the better equipped they are to lead, the more successful the organization and all of its leaders.

Number one New York Times bestselling author John C. Maxwell is often identified as the most influential leadership expert in the world. In the last twenty-five years, he has grown from equipping a handful of leaders in one organization to developing millions of business, government, and nonprofit leaders in every country around the world.

In The Leader's Greatest Return, Maxwell shares the most important lessons he's learned about the leadership development process over the last quarter century. He instructs readers in how to

Know what potential leaders look like
Attract leaders by creating a leadership table
Work themselves out of a job by equipping and empowering leaders
Position leaders to build a winning team
Coach leaders to higher levels and make them leadership developers themselves
This is where leaders really experience the compounding value of developing leaders and go to the highest levels of leadership themselves.

Anyone who wants to take the next step in their leadership, build their organization or team today, and create their legacy for tomorrow needs to read The Leader's Greatest Return.

About The Author: John C. Maxwell is a #1 New York Times bestselling author, coach, and speaker who has sold more than 33 million books in fifty languages. He has been identified as the #1 leader in business and the most influential leadership expert in the world. His organizations - the John Maxwell Company, The John Maxwell Team, EQUIP, and the John Maxwell Leadership Foundation - have translated his teachings into seventy languages and used them to  train millions of leaders from every country of the world. A recipient of the Horatio Alger Award, as well as the Mother Teresa Prize for Global Peace and Leadership from the Luminary Leadership Network, Dr. Maxwell influences Fortune 500 CEOs, the presidents of nations, and entrepreneurs worldwide. For more information about him visit JohnMaxwell.com. 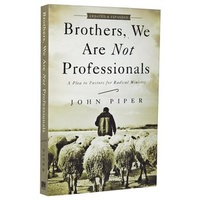 Brothers, We Are Not Professionals (Updated & Expa 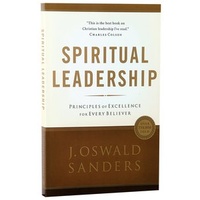 How to Lead When You're Not in Charge The 21 Most Powerful Minutes In A Leader's Day Overcoming The Dark Side Of Leadership The Way Of The Shepherd