Description:To escape a scheme to marry her off to a dishonorable man, Margaret Macy flees London disguised as a housemaid. If she can remain unwed until her next birthday, she will receive an inheritance, and with it, sweet independence. But she never planned on actually working as a servant. And certainly not in the home of Nathaniel and Lewis Upchurch--both former suitors.

As she fumbles through the first real work of her life, Margaret struggles to keep her identity secret when suspicions arise and prying eyes visit Fairbourne Hall. Can she avoid a trap meant to force her from hiding?

Brimming with romance and danger, The Maid of Fairbourne Hall takes readers inside the fascinating belowstairs world of a 19th-century English manor, where appearances can be deceiving.

About The Author: JULIE KLASSEN (www.julieklassen.com) loves all things Jane--Jane Eyre and Jane Austen. A graduate of the University of Illinois, Julie worked in publishing for sixteen years and now writes full-time. Three of her books, The Silent Governess, The Girl in the Gatehouse, and The Maid of Fairbourne Hall, have won the Christy Award for Historical Romance. The Secret of Pembrooke Park was honored with the Minnesota Book Award for genre fiction. Julie has also won the Midwest Book Award and Christian Retailing's BEST Award, and has been a finalist in the Romance Writers of America's RITA Awards and ACFW's Carol Awards. Julie and her husband have two sons and live in a suburb of St. Paul, Minnesota. The Light Before Day 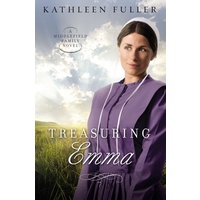 Secrets of My Heart (#01 in Willamette Brides Seri