Description: "From every pulpit in the land it needs to be thundered forth that God still lives, that God still observes, that God still reigns. Faith is now in the crucible, it is being tested by fire, and there is no fixed and sufficient resting place for the heart and mind but in the throne of God. What is needed now, as never before, is a full, positive, constructive setting forth of the Godhood of God."

Who is actually in control of this world? Man? The devil? God?

In this unabridged, best-selling classic, A. W. Pink tackles such profound questions in straight-forward language that the average Christian will find not only understandable but totally engaging. Pink explains that God's sovereignty is characterized in creation and in salvation, and then he describes its relationship to human will. Finally, Pink addresses the proper attitude believers should take toward God's sovereignty. Ultimately, Pink strongly believed that true faith rests "not in the wisdom of men but in the power of God."

Pink was a student of theologians like St. Augustine, St. Aquinas, Calvin, and Jonathan Edwards, and his writing reflects it. Today, he is considered one of the most influential evangelical authors in the twentieth century. 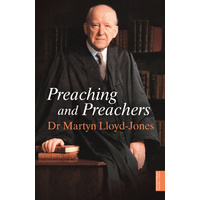 The Doctrine Of Sanctification