Toy That Saved Christmas/Star of Christmas

Description: Celebrate Christmas with all your favourite VeggieTales characters! This super value DVD includes both THE STAR OF CHRISTMAS and THE TOY THAT SAVED CHRISTMAS! Join Larry, Bob and the gang as they discover the real 'reason for the season'.

The Toy That Saved Christmas
Mr. Nezzer's TV commercials have convinced all of Dinkletown that "Christmas is when you get stuff!" With the children whining and begging for more toys, it's sure to be the worst Christmas ever ... until one brave little Buzz-Saw Louie doll decides to take matters into his own hands! The Toy That Saved Christmas teaches children that Christmas isn't about getting, it's about giving. It's especially about a little baby named Jesus, who was the greatest gift of all!

The Star of Christmas
Cavis Appythart and Millward Phelps (Bob & Larry) are putting the finishing touches on their first Christmas musical. With more electric lights than London has ever seen, Cavis is sure his show will "teach London how to love!"

Unfortunately, the local church Christmas pageant is scheduled for the same night. Which will London turn out to see? Find out in this Christmas story adventure that encourages us to love each other. And more importantly - that God showed the greatest love of all when Jesus was born! 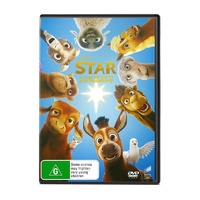