Description: Heroes get a new meaning when you see inside their lives. Gracie is a Navy Pilot; Bruce works Air Force Pararescue. With dangerous jobs—often away from home—they write love letters. When Gracie is shot down behind enemy lines, Bruce has one mission: get her out alive. Uncommon Heroes: Welcome to a world where friendships go deep, loyalties stand strong, and uncommon heroes perform the toughest jobs in the world. Dee Henderson's military romance series provides a detailed passage into the world of the military and homeland heroes, and those they love.

About The Author: Dee Henderson is the author of 14 best-selling novels, including the acclaimed O'Malley series and the Uncommon Heroes series. As a leader in the inspirational romantic suspense category, her books have won or been nominated for several prestigious industry awards, including the RWA's RITA Award, the Christy Award, the ECPA Gold Medallion, the Holt Medallion, the National Readers' Choice Award, and the Golden Quill. Dee is a lifelong resident of Illinois and is active online. Visit her at www.deehenderson.com. 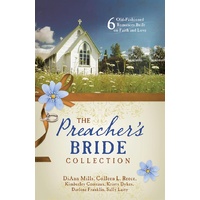 Wives of the Patriarchs #1: Sarai