“Hannon’s intricately developed characters struggle with complex moral issues, bringing into question whether the ends ever do justify the means. An engaging, satisfying tale that will no doubt leave readers anxiously anticipating the next installment.”—Publishers Weekly

"Double-RITA winner Hannon begins a new romantic-suspense series, and this novel’s fast-paced plot and compelling characters (including a surprisingly complex villain) make it an excellent suggestion for inspirational-fiction fans as well as readers who enjoy Mary Higgins Clark’s subtly chilling brand of suspense."--Booklist

A tenacious reporter. A skeptical PI. And a secret that will shatter lives.

Reporter Moira Harrison is lost. In the dark. In a thunderstorm. When a lone figure suddenly appears in the beam of her headlights, Moira slams on her brakes—but it’s too late. She feels the solid thump against the side of her car before crashing into a tree on the far side of the road.

A man opens her door, tells her he saw everything, and promises to call 911. Then the world fades to black. When she comes to, she is alone. No man. No 911. No injured person. But she can’t forget the look of terror she saw on that face in the instant before her headlights swung away. And she can’t get anyone to believe her story—except maybe a handsome ex–homicide detective turned private eye, who reluctantly agrees to take on the case.

As clues begin to surface, it becomes obvious that someone doesn’t want this mystery solved—and will stop at nothing to protect a shocking secret.

About The Author: Irene Hannon is the bestselling author of more than fifty novels, including Hope Harbor, Sea Rose Lane, Sandpiper Cove, Pelican Point, and Driftwood Bay, as well as the Code of Honor, Private Justice, and Men of Valor suspense series. Her books have been honored with three coveted RITA Awards from Romance Writers of America, and she is a member of that organization's elite Hall of Fame. Her many other awards include National Readers' Choice, Daphne du Maurier, Retailers' Choice, Booksellers' Best, Carols, and Reviewers' Choice from RT Book Reviews magazine, which also honored her with a Career Achievement award for her entire body of work. In addition, she is a two-time Christy Award finalist. Learn more at www.irenehannon.com. 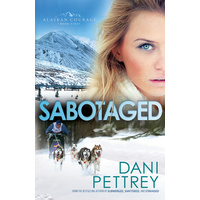 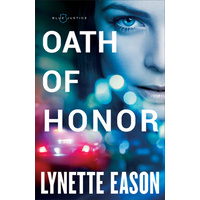 Cry in the Night (#04 in Rock Harbor Series)