Jungle Doctor And The Whirlwind

There is a stranger in the hospital compound - his pockets brimming with money; his clothes brighter than the sunset and Maradadi is as full of trouble as a scorpion.

Will the staff be deceived by his charm and his smooth words of fame and fortune? As the Jungle Doctor fights an epidemic, that is sweeping the East African countryside like a whirlwind, he finds he must also fight the destructive influence of this evil intruder.

Another thrilling adventure from Paul White based in Mvumi Hospital, Tanzania.

​About The Author: The late Dr. Paul White was a well-known Australian writer and medical missionary in Tanganyika. He developed comics from his Christian storybooks. THE JUNGLE DOCTOR comics are a series of jungle animal fables in cartoon form with Gospel messages for children. Each comic contains a complete, original parable and ends with a page explaining the spiritual application.They have been translated into 106 languages and have sold over 1 million copies worldwide. THE JUNGLE DOCTOR comics have been used in every setting, from Scripture classes to beach missions.- Publisher. Who Made The Morning 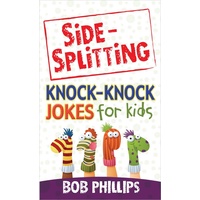 Wise and Foolish Servants, the - Matthew 25 Use Go